Melpomene & The Trinity of Mourning: Clean All the Stolpersteine 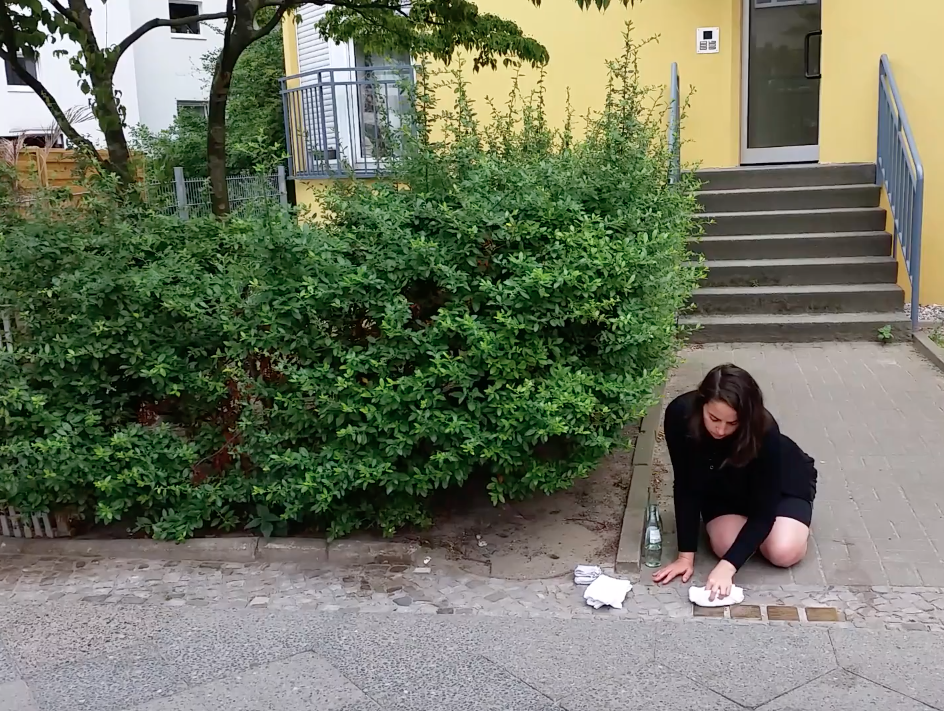 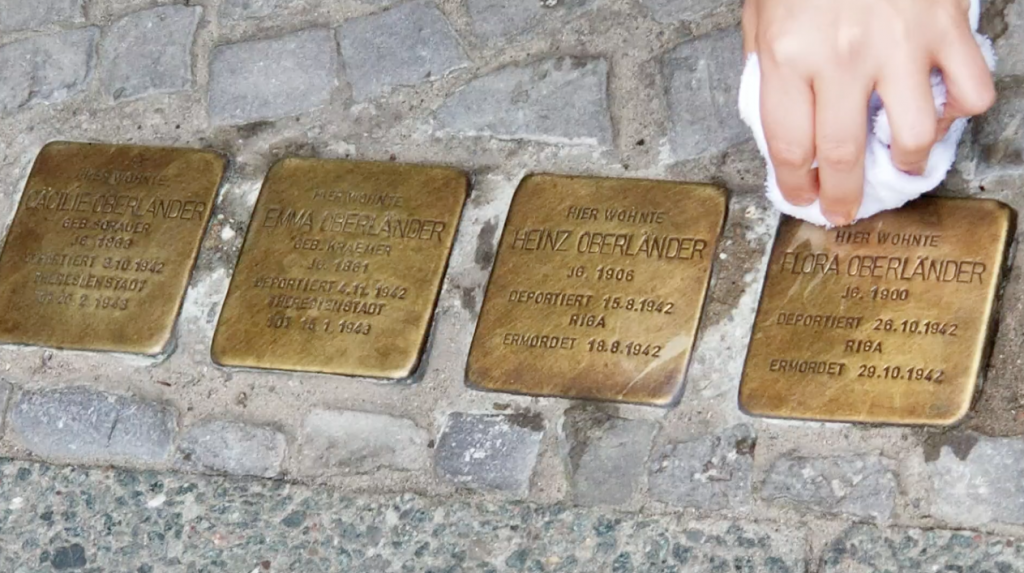 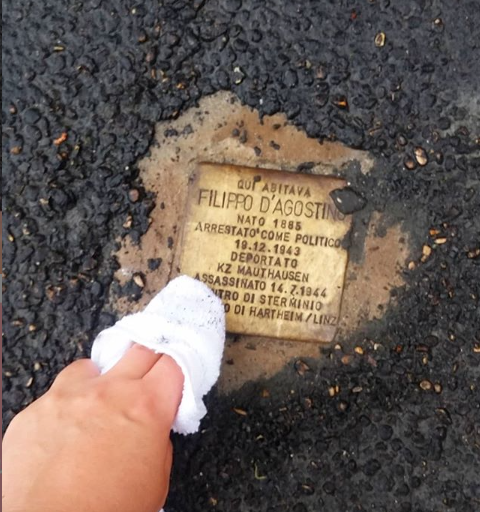 Clean All the Stolpersteine is one element of Leah Michaels’ three-part series of mourning rituals inspired by Melpomene, the Greek Muse of sorrow and tragedy. Michaels first encountered these stones in 2006 but began this mourning ritual, in which she dresses in black and cleans the Stolpersteine memorials back in 2016. Since then, the work has only gained resonance as political tensions in the U.S (and Europe) continue to rise. As we watch Michaels clean these memorials to the victims of World War II, we wonder what memorials might be erected in the future to commemorate the victims of the atrocities that are currently unfolding around us. Michaels work is a ritual of repentance, perhaps one she does for the collective unconscious? One in which she attempts to atone for the sins that America has never fully accounted for. Clean All the Stolpersteine also works on a much quieter note. Because these memorials are embedded in the ground, Michaels’ prostrate body calls attention to their existence in locations where passersby may have become accustom to their presence—or never noticed them to begin with—asking the public to notice, once again.

Melpomene & The Trinity of Mourning: Clean All the Stolpersteine

Melpomene & The Trinity of Mourning is a series of three mourning rituals inspired by Melpomene, the Greek Muse of sorrow and tragedy.  In the piece Clean All the Stolpersteine Leah dresses in black, and with white rags, cleans individual brass cobble stone memorials in Berlin and Rome dedicated to victims of the Holocaust, called Stolpersteine. Created by German artist Gunter Demnig in the early 1990s, Stolpersteine act as intimate memorials embedded in the street outside the houses of where people lived when they were taken. To date, there are over 70,000 individual stones that have been placed throughout Europe.

As an American with European ancestry including, German and Italian, Leah’s act of cleaning and mourning aims to: honor the individuals who were lost to the Holocaust; draw attention to political cycles we have seen before that are occuring again; raise awareness of the role America played in turning away Jewish immigrants and others seeking asylum in addition to the internment of Japanese immigrants and American citizens of Japanese descent; discuss America’s lack of memorials for the atrocities of our government.

The piece mainly focuses on the role of public space, public memory, and rituals of mourning.

Leah plans to continue cleaning Stolpersteine whenever she stumbles upon them.

Leah Michaels is a filmmaker and intermedia artist from Baltimore, Maryland. She received a B.A. in History with a focus in Classics from the University of Washington in Seattle and is a MFA Candidate in Intermedia and Digital Art program at UMBC. Raised as a feminist Catholic with a focus on social justice, her work is rooted in ritual, performance, narrative, and activism.

Please join us for a reception on Sunday, April 14th from 2-5pm

How can we help you?