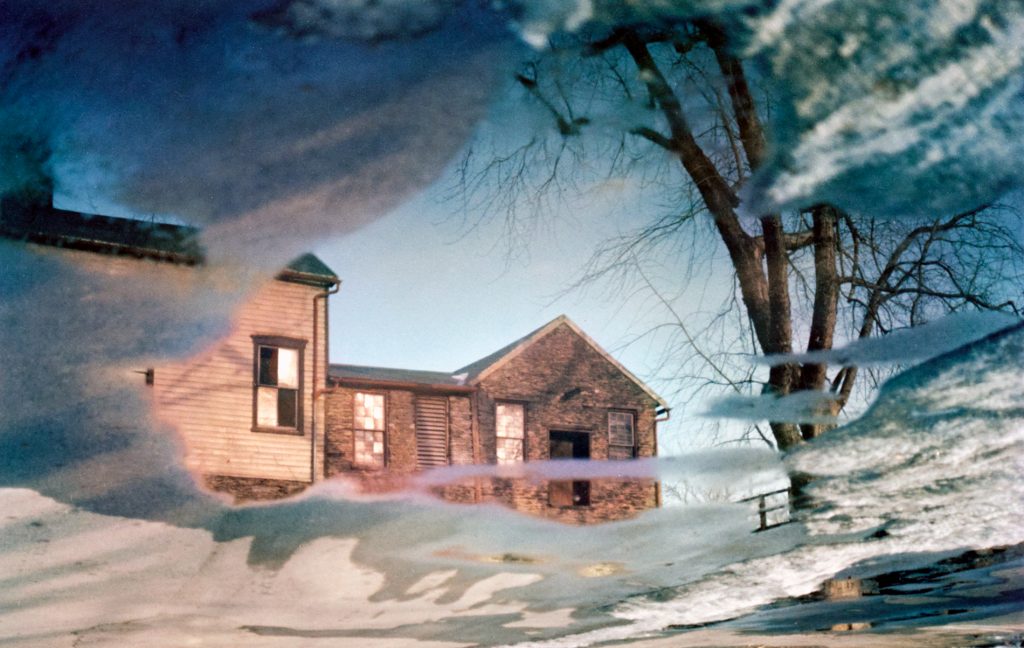 Barbara Young was born in Chicago in 1920. Because her father was a minister, the family lived in several towns in Illinois during the Great Depression. Her father owned a fine camera, with which he recorded important events. Barbara posed for the camera at age five weeks; her beady eyes looking up at her mother’s living face.

Young attended Knox College in Galesburg, IL, came east to Johns Hopkins Medical School during the war, trained to be a psychiatrist and psychoanalyst, and entered private practice in 1951. She was proud of what she was giving to the world in her work with patients but what was she giving to herself? Here is where photography entered her life. In 1958 she went to Harbour Island in the Bahamas with a Brownie Flash Star camera her brother had given her. Here she found the peace she was looking for and the camera eased her way into the friendly community.

She returned to the Island with pictures she had taken for them. Her postcards and a few prints of the people she met were sold from a little shop. A tourist bought the beach scene for her bedroom wall when she could no longer return to this magical place. Out of this grew her book, Photographs are Memories.

Young’s work was part of the acceptance of color photography as art both in Europe and the United States. Edward Steichen bought Golden Leaves 1959 for the MOMA and Beaumont Newhall bought Golden Leaves and the Bahamian Jumbay Seedlings 1963 for Eastman House in Rochester, NY.

Today, as Young lives with many of her favorite pictures in her apartment, she is increasingly aware that her career as a photographer has been the most important thing in her life. Her new book, Looking Back: An Unusual Harum-scarum Illustrated Autobiography, emphasizes that having a creative passion gives true meaning to life.

Please join us for a reception on Sunday, April 14th from 2-5pm

How can we help you?